God Came to the Ungood – 3rd Candle of Advent

The lighting of this candle is a reminder that God came for the most unlikely and insignificant people.

By that I mean this, the first announcement of the Messiah’s birth was given to a group of shepherds! (Luke 2:8-14) There was not a more unlikely group to receive such an important announcement, unless maybe it was the Gentiles.

Think about it. If you were making the announcements who would you pick to hear it first? The high priest? The whole company of priests? The religious ruling body called the Sanhedrin? King Herod? All of these would be possibilities. But God chose none of them.

The People Who Heard

God sent the angels to announce the birth not to the important and the elite, but to the ungood.

Shepherding sheep in Jesus’ day was not the honorable profession it had been in the days of King David. In the New Testament period shepherds were considered ritually unclean because of their jobs. They had a reputation for being dishonest, and were not even allowed to testify in court proceedings. It is even reported that one rabbi said “Give no help to heathens or shepherds.” In many ways they were the outcasts of that society.

He didn’t come to the religious leaders of the day, God came to the ungood!!!

All of this is a reminder that many times God does not call the rich and mighty but the poor and lowly.

Can you imagine this group of shepherds out in the field when an angel suddenly appears? It was probably a very ordinary night. You have the feeling reading Luke’s account that it was a quiet evening. And then SUDDENLY the sky exploded with light, the glory of God surrounded them and an angel appeared saying Fear not. Really? Don’t be afraid?

They probably ignored that part of the greeting. It is hard to imagine that the shepherds suddenly quit shaking after the angel shared those words of comfort.

Then the angel says Behold! (Luke 2:10) In Scripture this word almost always means something unusual, something completely unexpected is about to happen. Behold, the announcement of the arrival of the Messiah has come to the shepherds, the ungood of Israel. A baby was born in Bethlehem, for them!

The angel told the shepherds a baby was born in Bethlehem. This baby was the long awaited Messiah. The angel described the child as the Savior for all people, Christ the Lord. (Luke 2:11)

By appearing to the shepherds, the angel revealed the grace of God to all mankind. As if to punctuate the moment, a choir of angels appeared and sang a chorus:

The Place They Were Told

It shouldn’t have been such a surprise. Everyone knew the Messiah would be born in Bethlehem, they just were not paying attention. The old rabbis taught that the announcement of His birth would be at Migdal Edar, or the “tower of the flock”.

Small rock towers were common in Judah. The shepherds used them as watch towers so they could see the surrounding area. They were so common that one might have asked “which tower”? The one outside Bethlehem of course! 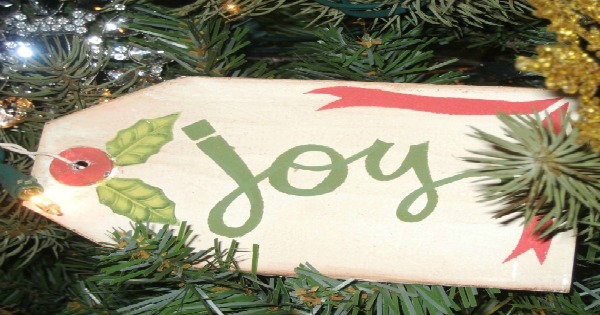 The Shepherd’s candle also symbolizes the Joy at the coming of Jesus.  The first two Sundays of Advent focus on Preparation and Hope, this third Sunday shifts to an atmosphere joy, anticipation and expectancy.The message to the shepherds was one of “good tidings of great joy.” It serves as a reminder that the Christmas message is one of rejoicing.

Are you one of the ungood? Do you feel insignificant? On the fringe? Unnoticed? A baby was born in Bethlehem for you! God came for the ungood!

Or maybe that doesn’t describe you. Maybe your life circumstances are not bad at all. But, what is your attitude towards the seemingly insignificant of society? Are you willing to get your hands dirty with those who feel unworthy, dirty, guilty, ashamed in order to share the gospel with them?

God uses people from all walks of life to spread the good news of His Son. God chose to use the shepherds to describe the vastness of His love for us. This week as we think about Advent, we discover that God does extraordinary things through ordinary people. God chose the insignificant of the day to reveal His magnificence.

Joy to the World

Joy to the world, the Lord is come!

Let every heart prepare Him room,

And Heaven and nature sing,

And Heaven and nature sing,

Joy to the earth, the Savior reigns!

While fields and floods, rocks, hills and plains

Nor thorns infest the ground;

He comes to make His blessings flow

Far as the curse is found,

Far as the curse is found,

Far as, far as, the curse is found.

He rules the world with truth and grace,

And makes the nations prove

The glories of His righteousness,

And wonders of His love,

And wonders of His love,

And wonders, wonders, of His love.