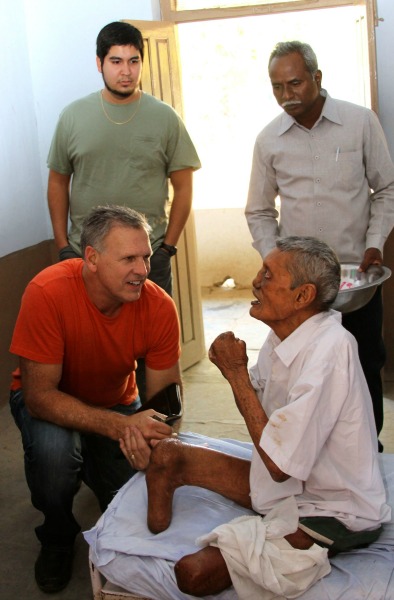 I Cried Because I Had No Shoes …

I stood there captivated by the man’s song. The melody was rising from the depths of his heart, spiraling upward to the One who created him. Although he asked if he could sing us a song, it became obvious he was singing for the One who gave him his voice.

Although he will never win a Grammy, nor sing before thousands, world leaders, or kings, he sang as if he would. The song didn’t depend on his circumstances, audience, or talent. He sang because of what he knew about God and what He had done for him.

What makes this man’s song so extraordinary?

This man can’t take care of himself, he is at the mercy of others for every aspect of his life. You see he is blind, and has no fingers or feet. He lives on a small metal cot, in a cement block room, in someone else’s house in the country far away from the villages of those who fear him.

He is a captive who has committed no crime, living in a prison built on the fear of men. Yet he sings the song of liberty! 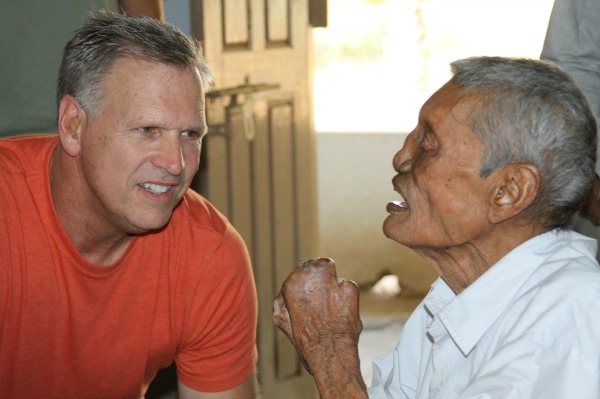 To many this man is considered of no value, unclean, an outcast in his culture doomed to live as a prisoner in a community with others like himself, forbidden the freedom others enjoy. Yet he offers the sacrifice of praise to His Lord.

We introduced this man to our team on our recent trip to India. You see this man is a leper.

Although leprosy has been all but eradicated, men often act out of fear because of a lack of knowledge.

Leprosy is caused by a bacteria and can be effectively treated with antibiotics. It is not very contagious.

People with long-term leprosy may lose the use of their hands or feet due to repeated injury because they lack feeling in those areas.

Leprosy is common in many countries worldwide, and in temperate, tropical, and subtropical climates such as are found in India. About 100 cases per year are diagnosed in the United States.

Isolating people with this disease in “leper colonies” is not needed.

The impact on our team

Our team stood speechless as the song spilled over them uninterrupted.

Ever so softly the a cappella solo was accompanied with the melody of tears falling over the rims of his sweet wife’s eyes. Tears of joy, not sorrow, as she too offered the sacrifice of praise. 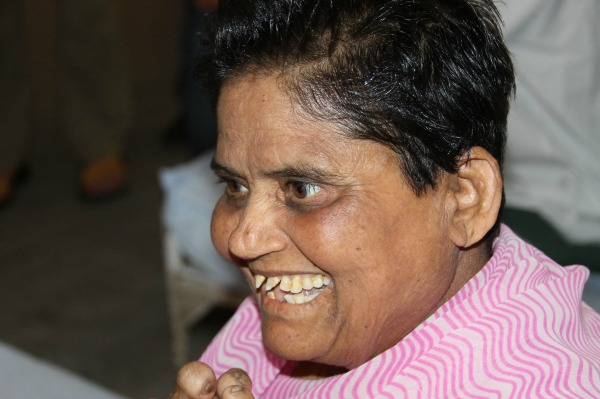 Her smile made Him known to all who were gathered there. His name was exalted by both the song and the tears because God had done great things. The Lord God is their strength and their song!

As the love song continued to fall from their lips and their eyes, our team responded with tears of their own. As the last note drifted upward there was an outpouring of love from team members in the form of hugs and sharing of sweets, which they opened and tenderly fed to those most valued in the Lord’s eyes. 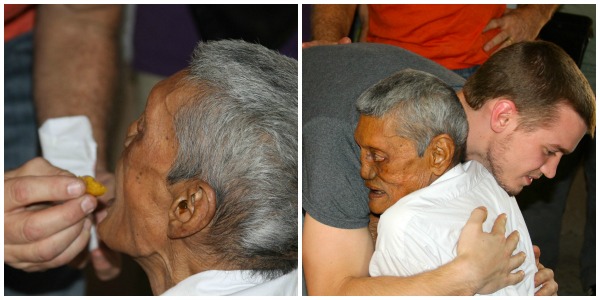 All life is sacred and valuable to God.

But if that weren’t humbling enough something transpired that caught those watching by surprise. As one of our team members opened the wife’s sweet and poured it into her hand, the wife in turn offered it to the team member. She gave out of her poverty to the one who had come to bless her! 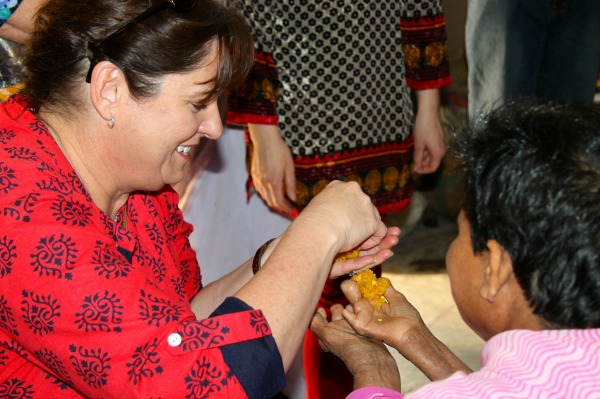 Each one was evaluating what they had just witnessed and examining their own hearts in silence as we travelled back to the village.

Praise the Lord in song, for He has done excellent things; Let this be known throughout the earth.  Isaiah 12:5

I cried because I had no shoes until I met a man who had no feet.

Why are you crying? Do you need a change of perspective?

Read more stories like these or to learn more about our ministry with Hope and Help International @ www.hopeandhelpinternational.org