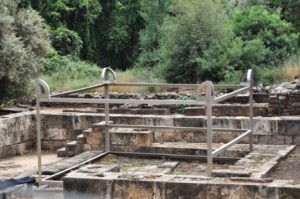 The above photo is of the site of the altar at Dan. The metal frame work is of course a reconstruction to illustrate what the altar might have looked like