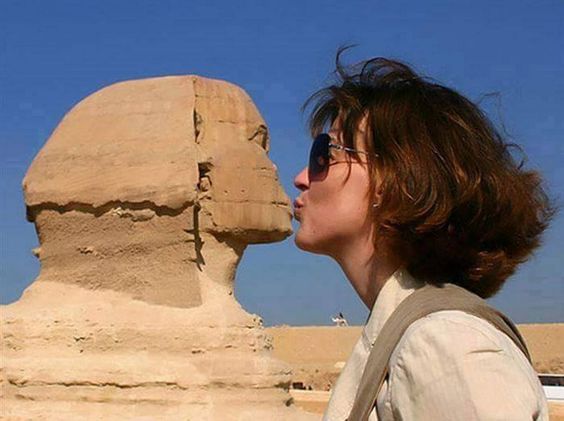 The power of a lie is its half-truth!

I have been thinking about lies a lot lately and wondering how in the world they take root and spread so quickly.

It is especially puzzling to me how and why the spreading of lies is so rampant among believers. I receive more emails, Facebook posts, tweets etc. from believers about the latest identify theft scam, security issues, warnings about the last days etc. many of which seem to be validated by a reliable source.

I also hear rumors about people, pastors, and teachers, politicians both inside and outside the church. When I ask if they have firsthand knowledge of these rumors, or if they had called and asked the person if they are true or not, it simply amazes me that almost all of the time the answer is, no.

I believe the spreading of lies is of epic proportion among the body of Christ. Some of the lies are intentional but some are propagated by people who really aren’t intending to cause harm, they just never thought to investigate the truth.

I remember standing in line at the grocery store while David entertained not only me but the others who were in line as well, by reading the headlines of some of the tabloids on display. Headlines such as:

SANTA’S ELVES ARE REALLY SLAVES FROM THE PLANET MARS

ELEPHANT SHUNNED BY HERD … after making love to a rhino!

These lies are easily spotted, laughed at, discounted and dismissed. They are obviously lies. Unfortunately most lies aren’t so blatant.

Recently I heard several lies, which seemed rather blatant to me. But as I continued to listen to the conversation I realized what was obviously a lie to me was not quite so obvious to the listening audience. So I had to ask myself how something so blatantly not true becomes reality to those who are listening.

Most lies are truth with a twist of lie. The most damaging lies are not the blatant lies; they are the ones that are so intertwined with truth that they are nearly impossible to unravel. These lies are couched in just enough reality that they sound like truth and add that to a preconceived notion, perception, hurt; emotion etc. and you have the makings of a reality disaster.

Early in my life I was convinced that I was a terrible wife, and that I was fat and ugly and no one would ever love me. It has taken many years of being in the Word and applying it to my life to begin to unravel the lies, which were planted in my mind, and to begin to see the mounting evidence that exposes that lie.

At the age of 17 I was married for the first time. My husband, who was also young, would say things like: you don’t cook like my mother, you don’t keep house as clean as my mother. There were other accusations like: you aren’t meeting my physical needs. Abuse and infidelity became the agents used to set these half-truths deep into my thinking and emotions and therefore shading my perspective.

The thing is, some of it was half true. I didn’t cook like his mother; I was only 17 and spent the last several years enjoying high school not learning how to cook. I didn’t keep house like his mother, I worked all day and was tired when I finally came home at night. By the time I cooked dinner I didn’t feel like cleaning, let alone have sex.

Because these lies were founded on half-truths it was easy to believe the “You are fat, ugly and no one will ever love you” lies, which were totally unfounded, but became reality to me. Unfortunately because we were so young and lost with no one coming alongside to help us deal with life, that marriage ended in divorce within a few short years. However, the lies remained for many years.

So how do you begin to unravel those lies? You go to the Word of God.

These actions can be ones that keep you from obeying God, or ones that can ruin your testimony as well as His. We must bring every thought into obedience to Christ (2 Cor 10:5).

The Holy Spirit controls our minds through truth, but Satan tries to control them with lies.

Filling your mind with God’s Word, will give you a built-in radar which will enable you to detect wrong thoughts.

Thoughts come and of themselves are not wrong – it is what we do with those thoughts that matters. Philippians 4:8 is a great passage to help you sort through them.

Below is a defense to help do just that.

You have a choice to make at this point – to accept it or reject it.

You must take it captive! If you don’t it becomes a stronghold of wrong thinking, a fortress which will hold you prisoner.

Below are some thoughts that might come to mind and the truth to combat them.

Doubt – You can’t trust God or trust that He will work in this situation for your good.

Feel Unloved – Nobody loves me.

Rejection – You are worthless and no one will ever want you.

Unforgiveness – But you don’t know what they did to me!

I would challenge you this week to get before God and ask Him if there is any area in which you are believing a lie. If He shows that you are, determine to take those thoughts captive and replace it with truth. But, don’t just quote a verse, you must embrace that truth and intentionally walk it out even when you don’t feel like it.

The more you walk in the truth, the sooner your emotions will catch up to what your head knows is true.