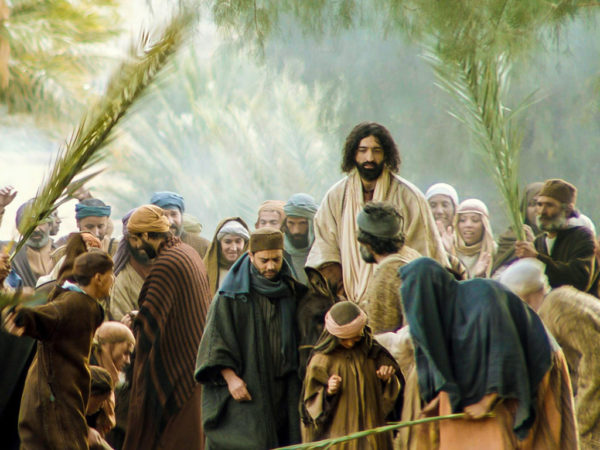 Today is the start of Holy Week, the week right before we celebrate Easter or Resurrection Sunday. During this time many churches pause to remember the suffering and death of Jesus through various traditions and worship services.

It is easy to be so focused on the celebrations, the pageants and musicals etc. about the long awaited King on Palm Sunday and the resurrection of Jesus on Easter, that we totally miss the suffering, humiliation and death that are all part of Holy Week.

Riding a donkey Jesus began His journey to Jerusalem, even in the midst of the praises of the crowds He had His eye on the cross on which He would be crucified at the end of the week.

Six days before the Passover Jesus came to Bethany, the town where Lazarus was. (John 12:1)

Having walked all the way from the Galilee He sent two disciples in search of a donkey for Him to ride into the city, two miles outside Jerusalem. He gave them specific instructions as to what to look for – a donkey tied there and a colt with her. They were to untie them and bring them to Jesus. He must have sensed their hesitation because He told the disciples if anyone said anything to them they were to tell them that the Lord had need of them and he would send them immediately. (Matthew 21:1-4) 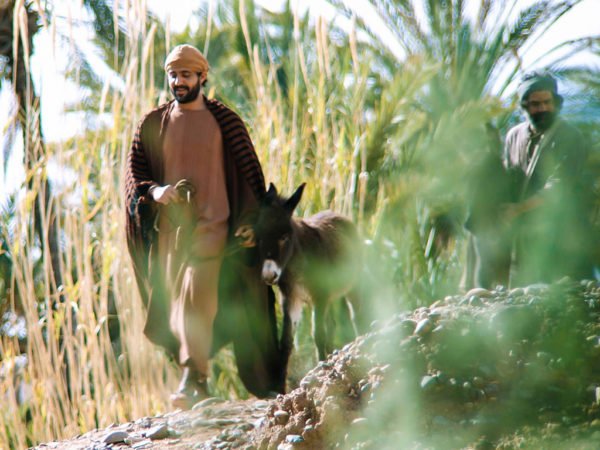 The disciples did exactly as they were instructed and brought both the donkey and the colt. They laid their coats on them and then sat on the coats. Jesus and His disciples began to walk to Jerusalem which was about two miles away. The road they would have traveled was over the Mount of Olives, down a steep descent, and into Jerusalem from the east side.

This would have been the first day of the week, Sunday.

Passover was the time every good Jew went to Jerusalem. The city was crammed with visitors. Some had heard that Jesus was on His way to Jerusalem They wanted to see Him but many may have also thought they may see Lazarus whom Jesus had raised from the dead. (John 12:17ff)

The multitudes were convinced that the long-awaited Messiah had come and they lined the road proclaiming Jesus was the Messiah.

At the same time the Pharisees were plotting to kill Lazarus, because of his story many Jews were believing in Jesus. (John 12:9-11) The religious had been stalking Jesus throughout His ministry looking for something to accuse Him of. But despite their best efforts people were being healed, their demons were cast out and many were believing! The Pharisees were unable to stop it!

Jesus came riding into Jerusalem on a donkey. The crowd was looking to Jesus as the Deliverer, Savior, Messiah, God’s anointed One, who had come to rescue them. They were looking for a king who would restore the kingdom to the times of King David and to wipe out their enemies.

Many spread their coats in the road; others cut palm branches and laid them in the road. Throwing coats in the path of someone was an act of homage and submission. (John 12:12)

Then John says, ‘They took palm branches and went out to meet him, shouting, “Hosanna!” “Blessed is he who comes in the name of the Lord!” “Blessed is the King of Israel!” ’ (John 12:13). Hosanna means save or he saves or salvation. We call the Sunday before Easter – Palm Sunday because of that verse and we still celebrate it today!

Palm branches were used to celebrate a victory. (Leviticus 23:40)

Luke records that the religious leaders tried to stop the celebration. “Some of the Pharisees in the crowd said to Jesus, ‘Teacher, rebuke Your disciples!’ ‘I tell you,’ He replied, ‘if they keep quiet, the stones will cry out.’ ”Luke 19:39–40

Little did the crowds know that the real victory was yet to come, rather than ride in on a donkey their King would ride in on a white horse (Revelation 19:11).

Palm Sunday is officially the start of what we now call Holy Week and marks Jesus’ final agonizing journey to the cross. It was the beginning of the last week of Jesus’ life here on earth.

It is an interesting day, the day of Jesus’ triumphal entry into Jerusalem riding on a donkey, as prophesied in Zechariah 9: 9. Entering in this way emphasized the humility that was to characterize the Kingdom He proclaimed. It was a festive time with a parade route strewn with palm branches and the crowds waving palm branches and proclaiming Jesus to be Messiah.

The same crowds that proclaimed Him king during the parade,

turned on Him and mocked Him five days later.

They had heard His sermons, been fed with loaves and fishes, were healed of their diseases and delivered of their demons. But as the week went on and things began to change, so did they. Their cries of “Hosanna (he saves or salvation) turned to shouts of a very different kind: “Crucify Him!”

Never in history has there been any event so promising that ended in such despair, or did it?

• It was foretold in the Old Testament.

• Nothing turned out as the people hoped.

As you celebrate Palm Sunday and begin to walk through the events of Holy Week, remember

• If God is in something, it is significant – despite the “outcome”!

• Just because something doesn’t appear to have a happy ending, isn’t proof that God was not behind it. We have not yet seen the final ending!

Palm Sunday is mentioned in all four gospels and a great way to prepare for Holy Week would be to read through each one.

I am going to write more about Jesus’ journey to the cross each day this week. Check back daily to follow along, or better yet follow the blog so that you won’t miss anything!

I would love to hear how God is speaking to you through the blog this week.