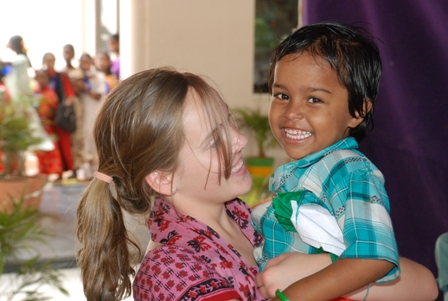 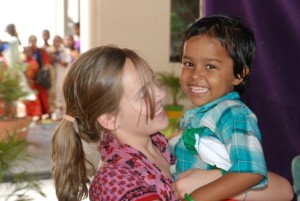 Stephanie and her mother bought her a dress, which she wore every day of camp. (it was her only dress). They were inseparable as though joined at the hip. Stephanie would lovingly call her Kavyavyavia and she would flash a smile as big as Texas and call Stephanie Akka (big sister).

At the end of camp Kavya wanted Stephanie to visit her house. Stephanie asked if it was possible and arrangements were made to do so. Stephanie and Lori were introduced to Kavya’s family and the sweet girl whose name means ” poet”, gave them the tour of her tiny home, eagerly showing off her prized possessions. 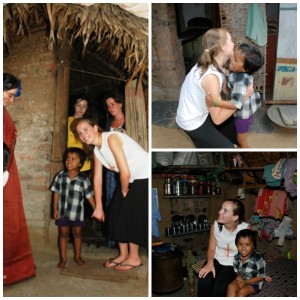 It was extremely difficult for the two girls to say goodbye as they left her home, everyone was crying. Little Kavya had totally captured Stephanie’s heart. As much as Stephanie loved Kavya, she had no idea just how tight a grip she had on her heart. Stephanie drew comfort in knowing she was in good hands while she attended Veda.

The following year she and her family decided to sponsor the adorably fearless little girl with the charismatic personality. She proved to be a good little student and Akka and her family not only sponsored her but prayed for her as well. Stephanie couldn’t wait for the day she would see little Kavya again.

After a while the news came that Kavya’s father owed money to loan sharks and he had come and taken the now 6 year old away and no one knew where she was. Brokenhearted and worried Stephanie prayed for her protection and well being. The concern in the back of her mind was that she would be sold or taken into slavery or that she would be sold into the child sex slave market. She remained missing for the next two years! Akka prayed diligently for her little sister.

This summer Stephanie came to work another Kids Camp. Kavya was still heavy on her mind. While there one of the teens on the team got to see the girl she had been sponsoring. Suddenly all the emotions which had been restrained yet yearning for a long overdue release, rose in a flood over the banks of her eyes. Not wanting to take away from Rachel’s joyous reunion Stephanie left the room followed by Dolly.

It was at that moment Dolly realized just how much Stephanie was attached to Kavya and she determined to find her. She sent people out to remote villages looking for this now 8 year old “needle in a hay stack”.

Not quite one week later the next team arrived for the Become Girl’s Conference and were eating dinner. While they were eating the door opened and Dolly walked in with a little girl with a great big smile! Lori looked quizzingly at the girl, and suddenly her eyes filled to overflowing and she said “Kavya?” She was found in a remote village 4 hours away and was brought, along with her mother, to Veda to see Lori. Dolly talked to her mother who agreed to leave her there for a few days.

While we were there Kavya was fitted with a school uniform, given new dresses and shoes (she had come with only the clothes on her back). She was placed in a lower grade with tutoring to fast track her in the lower grades in order to insure an excellent foundation and to catch her up to her age group in a year. 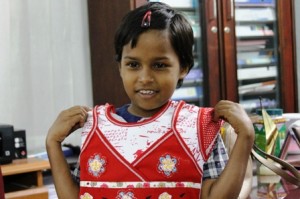 Kavya’s mother called and wanted to check on her, but Kavya instructed the person who brought the phone to her to tell her mother she was too busy having fun to talk right now. As of now the plan is for her to stay at the Veda School and to get her education and hopefully that will happen. 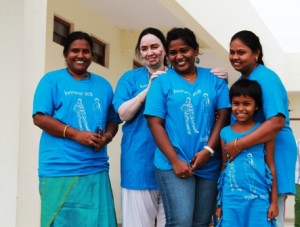 She is proving to be a bright student and seems to remember what she had been taught before she had gone missing. The prayers of a young teenage girl and her family for this little one have proven fruitful. Tho living in difficult circumstances, filth, poverty and poor nutrition it seems that God protected her from far worse.

It is Stephanie’s prayer that not only will she be reunited with Kavya one day, but that Kavya will come to know Jesus and come to fully understand her rescue and redemption story! Until that time they will Skype and FaceTime and continue the love relationship they have for one another. Stephanie will continue to pray knowing that God can and will keep Kavya safe. 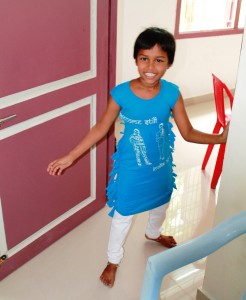 The successful search and rescue effort to find a little 8 year old girl, in a country of over a billion people, has not only changed Kavya’s life forever but also those who know the story and have watched it unfold. There is no doubt in any of our minds that God has His hands on this little one’s life. I for one can’t wait to see what God has planned for her and where her journey will take her. I have no doubt that this is only “Part 1” of Kavya’s story! 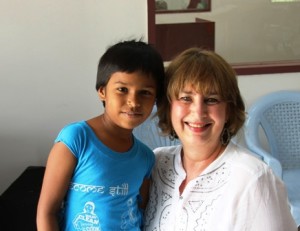 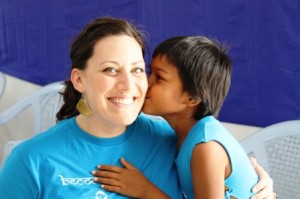 As I bring this story to a close let me tell you what the word redemption means.

Typically the word redemption means to be loosed or set free. It is used of freeing from chains, slavery, or prison. In the Bible the term redemption,  indicates a freeing from the slavery of sin, the ransom or price paid for freedom. We see this thought in the Gospels, which tells of Jesus who came “to give His life as a ransom for many” (Mt 20:28; Mk 10:45).

In light of Kavya’s being a child “at risk” I can’t help but wonder if her rescue and redemption gives Stephanie an even fuller understanding of her own rescue and redemption story.You see, not only has Stephanie been redeemed by the blood of the Lamb, but she having been born to a young, unmarried Greek girl, was rescued and adopted as a baby. She has been raised by godly parents who taught her how to love deeply. That love has in turn rescued another little girl and changed her life for ever! 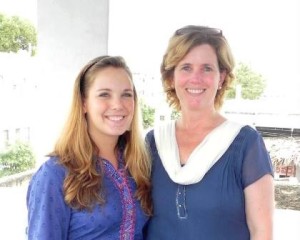 Loving God and loving people are the two most important commands according to Jesus Himself. Our obedience or lack of obedience to them impacts those we come in contact with whether we know it or not. Maybe you can’t rescue hundreds of children from the flesh trade, but you can offer hope to one child/person at a time just like Stephanie did! Won’t you determine today to walk with your eyes wide open looking for someone to be “Jesus with skin on” to today?

I would love to hear your real life rescue and redemption story! Please share yours with us so we can be encouraged!

Also, for $34 per month you can impact a child’s life forever. Perhaps you can’t afford to do that on your own, your small group, Sunday School class or friends might be interested to join you in investing in the life of a child. (Share Kavya’s story with them by Facebook or by email)When you think about it $34 per month is a very small price to pay when it comes to redeeming an “at risk” child! If you are interested in bringing hope by providing child sponsorship < — click here.