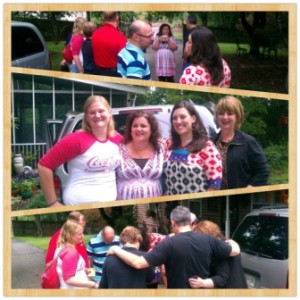 So I’ll stand with arms high and heart abandoned

In awe of the One who gave it all

So I’ll stand, my soul Lord to You surrendered

All I am is Yours

As I sang these words of worship the Sunday before we left for India they served as a reminder to me that morning, why I go to India. Before I get into my story let me share a little bit about India. 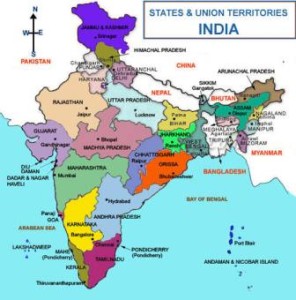 2. India is the seventh largest country in the world, at 1.27 million square miles.

3. About 80% of Indians are Hindu. Muslims are the largest minority in India and form approximately 13% of the country’s population. In fact, India has the third largest population of Muslims in the world, after Indonesia and Pakistan.

4. Hindi and English are the official languages of India. The government also recognizes 17 other languages

5. The national fruit of India is the mango. The national bird is the peacock, which was initially bred for food. India was one of the richest countries on earth until the British invasion in the early 17th century.

I love to travel and have traveled outside the US many times. But, when the door of opportunity opened, to go to India, I did not run enthusiastically through it. In fact I tried to slam it shut, but it would not close no matter how hard I tried. Even when I threw my whole weight into it, it didn’t budge. I reasoned, I bargained, I argued with God but to no avail. I have since come to understand more fully the truth that God’s plans “can not be thwarted” no matter how hard we try!

I remember vividly driving to Atlanta that first time, on the verge of tears. Reality was beginning to set in as we loaded the van with luggage and people, and headed out. We drove in the midst of a blinding snow storm with snowflakes furiously dancing all around us that morning.  I love snow and thought it was a cruel joke that the genesis of my journey to a foreign land, known for heat and humidity, started in the snow and I was not going to have the opportunity to enjoy it.

Although I finally agreed to go on this trip, surrender was not a decision once made; it has been a continuing process. You see the flesh does not die quickly or quietly! It is a fight to the bitter end!

We arrived in Atlanta, checked in, headed to our gate, people began to gather and the butterflies took flight in my stomach. We finally boarded and settled into our seats, that’s when the dam burst and the flood of tears flowed like a river untamed! The thoughts were as relentless as the waves crashing on shore during a hurricane. “What in the world was I thinking? What if I get sick? What if i don’t like the food? What if the demonic presence is overwhelming?” These were just a few of the questions which came crashing down on me.

With each trip I have had similar experiences, the only difference in the succeeding trips was that, for the most part, I knew what to expect. The days would be long and hot, there would be: utter poverty all around me, children who needed food and clothing, families living without hope in need of help and not enough money or resources to make a dent in the needs of the country. I’ve come to realize that resources are not the answer, Jesus is!

Why I Go to India

So, you might ask, “Why do you go?” As new believers David and I told God we would go through any door He opened and we have endeavored to live surrendered throughout our Christian walk. When the call is difficult I lift my hands to my Father and imagine Him gripping my hand and leading me forward. That is why the words of the song were so impactful.

So I’ll stand with arms high and heart abandoned

In awe of the One who gave it all

So I’ll stand, my soul Lord to You surrendered

All I am is Yours

Although I have been way out of my comfort zone and India has never been on my bucket list, I surrendered my life to Christ. It is no longer I who lives but Christ in me that lives. Walking in obedience brings honor and glory to God. When God opens the door I will walk through it with my hands lifted high and my heart surrendered to God!

It has not always been easy; often it has been very difficult. But there also have been times filled with amazing opportunities and I have seen many marvelous sights. I have been privileged to meet brothers and sisters I didn’t even know I had. God has enlarged our family beyond anything I could have ever imagined! With some we have heart connections that are stronger than others, those we consider our India family!

Our main purpose in life is to “Love God and Love Others”, do all that He Commands us in His word and as He leads.  We are not here to accomplish our own agendas our purpose is to fulfill the plans and purposes God has for us according to His agenda. I am to make Him known from whatever platform He places me on.

Although India has never been on my bucket list it has been God’s plan for me and I will do what I am called to do – With my hands held high and my heart surrendered!

What about you? Will you walk in obedience to all that God calls you to? Are you willing to lay aside all of your hopes and dreams in exchange for His plans? Will your answer be “Yes Lord”?

I would love to hear your stories of surrendered hearts. You can reach me at bj@thethirdcup.com

If you want to know more about India and Hope and Help International (the ministry we partner with) click the following link — > https://hopeandhelpinternational.org/