God is Bigger than the “Frankenstorm”! 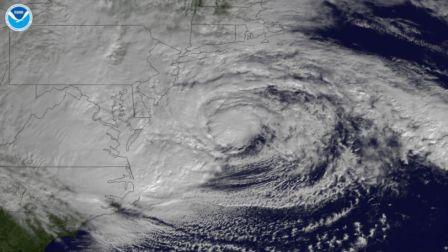 The media has called it Frankenstorm, the meteorologists have named her Sandy and others are calling it the Perfect Storm. Frankenstorm churned in from the sea. The hurricane was on a collision course with a winter storm and a cold front, and high tides from a full moon made it a rare hybrid storm that could be felt all the way to the Great Lakes.

What do I know about Hurricane Sandy?

Second largest in size since 1988. The size of the storm was unprecedented.

It was a worse case scenario with the storm coming around with a full moon. The full moon with the high tides will add another 1 to 2 feet and then there is wave action on top of that. 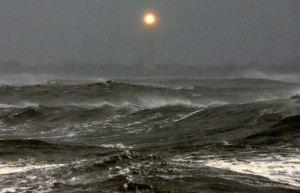 3 feet of snow in the Appalachians

12-18 inches in the Appalachians in North Carolina & Tennessee 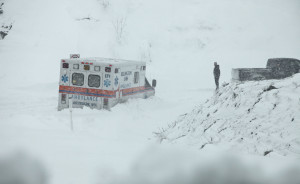 Authorities warned that New York City could be hit with an 11-foot wall of water. Some estimates are now that it was 14, not a mere 11 feet. It swamped parts of lower Manhattan, flooded subway tunnels and crippled the network of electrical and communications lines that are vital to the nation’s financial center. 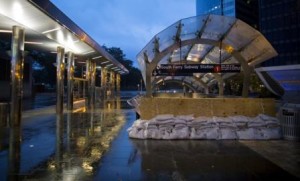 As many as 60 million people’s lives were disrupted as schools and government services closed, travel was halted, the U.S. Stock Exchange was prevented from opening and presidential campaign events were canceled. This is the first time the New York Stock Exchange had closed trading for weather reasons since Hurricane Gloria in 1985.

Tens of thousands of people were ordered to evacuate in anticipation of the storm, including 375,000 in lower Manhattan and other parts of New York City. At least 50,000 were ordered to evacuate in Delaware alone and 30,000 in Atlantic City, New Jersey, where the city’s 12 casinos were forced to shut down for only the fourth time in the 34-year history of legalized gambling there.

Frankenstorm seemed to have wreaked havoc with the east coast from North Carolina to Maine and possibly as far inland as the Great Lakes. Tens of millions of lives were disrupted for who knows how long. 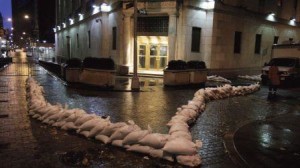 New York and Philadelphia shut down their subways, buses and commuter trains 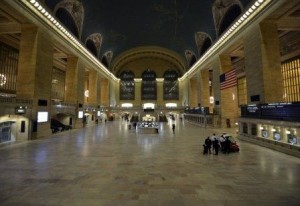 The storm interrupted the campaigns of President Barack Obama and Republican presidential candidate Mitt Romney, with the election a little more than a week away.

This is my question: “Is God really bigger than the Frankenstorm?”

What do I know about God?

“The One forming light and creating darkness, causing well-being and creating calamity; I am the LORD who does all these.” – Isaiah 45:7

“For I know that the LORD is great and that our Lord is above all gods. Whatever the LORD pleases, He does, in heaven and in earth, in the seas and in all deeps. He causes the vapors to ascend from the ends of the earth; Who makes lightnings for the rain, Who brings forth the wind from His treasuries.” – Psalm 135:5-7

“ When He utters His voice, there is a tumult of waters in the heavens, and He causes the clouds to ascend from the end of the earth; He makes lightning for the rain, and brings out the wind from His storehouses.” – Jeremiah 10:13

‘I smote you and every work of your hands with blasting wind, mildew and hail; yet you did not come back to Me,’ declares the LORD.” – Haggai 2:17

What do I know about God? I know:

There are two questions we must ask.

In the devastation of Frankenstorm seek the face of God and ask Him how He would have you respond.